Tribute to a dad 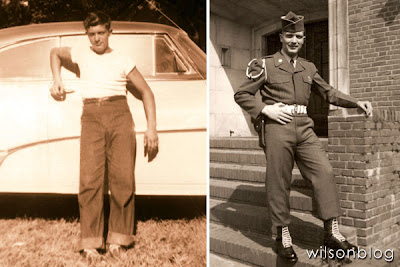 My father passed away on the 1st, he would have been 77 in February. Back in June he was diagnosed with a brain tumor. He had the cancer removed and then went through a barrage of chemo and radiation treatments. He was better for a while but eventually relapsed. The cancer hadn't returned it was the treatments that eventually killed him.

He had a living will made years ago. His wishes were clearly spelled out about what he wanted and didn't want. I'm grateful that he did that. His loved ones (especially my mother) weren't forced to make those kinds of decisions about his life. If there is any silver lining in all this it is that we had some extra time together, and nothing was left unsaid.

Dad was a sociable person and had plenty of friends. I saw people at the funeral he hadn't worked with in over 15 years. But they still came out to pay their respect to this man they still thought a lot of. One of his favorite things to do after he retired (weather permitting) was to make himself a cup of coffee and go out on his front porch. Sometimes he would sit there for hours, talking with neighbors or the mailman, or anyone else that might come walking by. It didn't matter if he knew you or not, if you came within earshot he was going to talk to you. During the summers you could often see him on his riding lawnmower. After cutting his own yard he might just keep going and cut the neighbor's too. 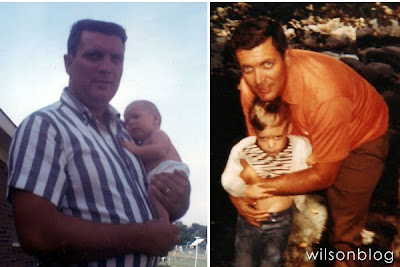 My dad was one of six kids born to a poor family in rural Kentucky. This was during the great depression and there never seemed to be enough of anything to go around. Growing up, more than a few times he told a story about when he was a boy. His father had bought a pig to raise for food but my dad began treating the animal like a pet. One day his family was having meat for supper (a rare occasion). While eating he began looking around, wondering where his pet pig was. His dad told him to just shut up and eat your pork chops. My dad always told that with a laugh and a smile but I'm sure there was some sad truth in it. Times were tough.

When he was 8 my dad had to quit school to go the work, and he would continue working for the next 54 years. He had some pretty hard jobs when he was younger. He took what he could get. Without a formal education that's about all he could get. When men of that generation needed work it didn't matter what it was, they searched until they found it. There was no job "beneath" them, what was beneath them was being unemployed. In the early sixties he finally found a good job when he was hired by the local power company. He would spend the next 37+ years trying to keep people's power on.

In the late fifties he also spent two years in Germany serving his country. As a small boy I remember being disappointed to find out my dad did "nothing" when he was in the service. It just didn't make sense to my young mind. I knew I had the greatest dad in the world. If he was in the army he must have been some John Wayne-type war hero. He just had to be.

But he wasn't any movie star hero; my dad was just an average working guy. He never won any medals or saved the day. What he did was trudge off to work day after day at a difficult and dangerous job, a job that sometimes he liked, others he didn't. But he kept on going to make sure the bills were paid. Like countless other dads since the beginning of time, he did what was necessary to make sure that those he loved were taken care of. Later, with some age and maturity, I came to realize that my dad really was a hero. Not the kind that get their pictures in the paper, but the kind that keeps this world spinning around. 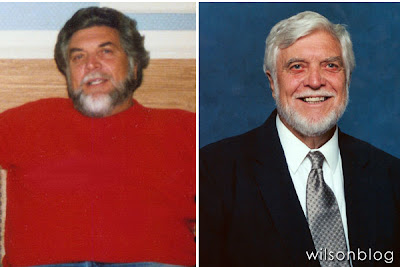 Posted by Wilson at 8:00 AM 7 comments:
Email ThisBlogThis!Share to TwitterShare to FacebookShare to Pinterest
Labels: In Memory 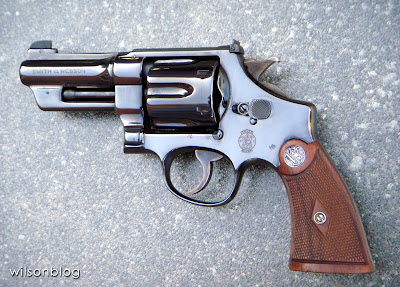 2011 was not the best year for me. For numerous reasons (big and small) I didn't go shooting very much this year. I like to go at least once a month if I can but didn't get close. In fact I went for a three month stretch without practicing at all.

As far as guns go I bought few this year. Most of my purchases in 2011 were for more practical firearms, much of my money spent on rifles (and accessories). I did manage to pick up a couple more antique Smith & Wesson revolvers. Yes, I know I have a problem.

I did sell some more guns that I haven't been using. Despite being the "year of the 1911" I sold two of mine, both Colts, a 1991 that I never shot much and a pre-war commercial model that I've owned for almost two decades. The gun had all original parts but was reblued and although I had it for 19 years only managed to shoot it 3 times. Finally I decided it had to go. I guess this was just the right time to sell, I put it on a popular auction site and the gun went for nearly $400 more than I thought it would. The buyer seemed very happy to get it at that price. I was happy, he was happy, can't ask for more than that.

As for buying this year the gun I wanted most, a 1911 match pistol, I didn't get. I just spent too much on other things.

For 2012 there is not much I'm wanting and I certainly don't need anything. I might buy another 10/22 rifle and I'm also still interested in a Kel-Tec KSG or Beretta Nano, if they should ever actually get them in production. I could probably talk myself into another military type rifle. Then there is of course the aforementioned 1911 match type pistol. If I did buy one it would probably be a Colt or a Baer Monolith.

I also have pistols that I might customize including several revolvers that could use action work. I need to do something about my carry pistol too, my 1953 Colt is a great gun but if I'm going to keep using it I will have to put some money into fixing its "problems." At the very least it has to have better sights installed if I'm going to keep carrying it, my middle-aged eyes can't see those tiny sights very well anymore.

But if I'm smart what I should to do for 2012 is use all my allocated "gun money" to buy more ammunition (before prices go up yet again) and needed parts and accessories. I should also continue to streamline my collection of impractical collector guns and replace them with more "useable" tools. If I'm smart ... 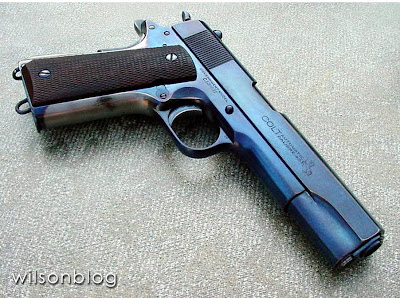