My best wishes to all my readers! I hope you have a happy and prosperous 2015!
Posted by Wilson at 11:59 PM 2 comments:
Email ThisBlogThis!Share to TwitterShare to FacebookShare to Pinterest
Labels: Celebrate 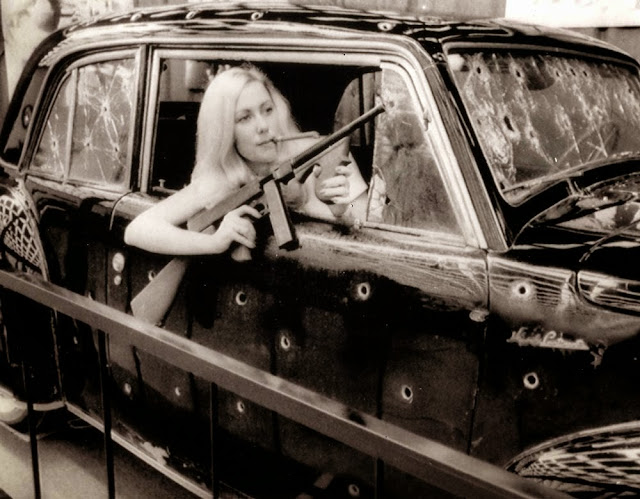 1/3/75 - Detroit: Lynne Larivee, of Troy, Mich., could be imagining herself another "Bonnie" of Bonnie and Clyde fame as she readies her machine gun in the bullet-ridden "Godfather" car at the 23rd annual Autorama Custom Car Show 1/2. The show is the largest custom car and hot rod show in the world. The "Godfather" car, a 1941 Lincoln Continental, was riddled with over 200 bullet holes as the Godfather's son, Sonny Corleone was ambushed at a tollbooth, triggering a war between different gangs. Over 400 custom cars, hot rods, dragsters, antiques and racing cars will be shown 1/3 - 1/5.

Posted by Wilson at 7:00 AM No comments:
Email ThisBlogThis!Share to TwitterShare to FacebookShare to Pinterest
Labels: Movies, People With Guns, Photography - All, U-Tubez


Posted by Wilson at 7:00 AM No comments:
Email ThisBlogThis!Share to TwitterShare to FacebookShare to Pinterest
Labels: Flashback, Movies, Music, Retro Pop (Culture), U-Tubez

Posted by Wilson at 12:00 AM 3 comments:
Email ThisBlogThis!Share to TwitterShare to FacebookShare to Pinterest
Labels: Celebrate, Retro Pop (Culture) 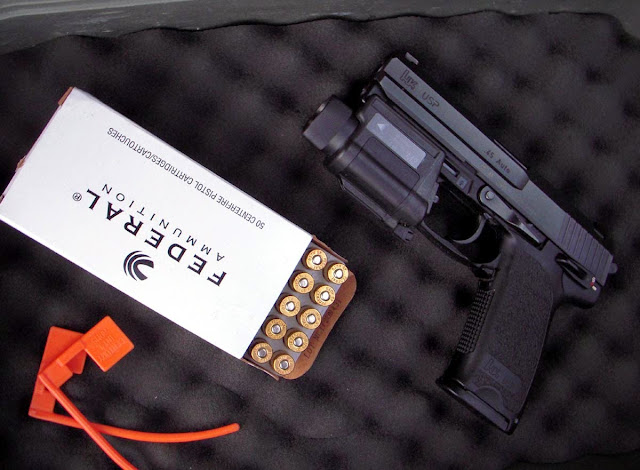 I went to the shooting range this morning, one last time for 2014. Every New Year I make a resolution to go shooting at least once a month but I never seem to make it. Typically it's the weather that stops me but other things, like life, come up too. In the last six weeks I had plans to go shooting three different times and we had rain or snow every one of them. This morning it was cold (32) with some minor drizzle. I went anyway.

I have several rifles and pistols that need to be test fired but this morning I only took my HK USP 45. It is my "House" gun and it has been several months since I shot it. I needed the practice. The pistol light stays on it most of the time now so that's how I wanted to shoot today. It has a different balance with the light on. The USP is monotonous in its reliability, which is what you want from a self-defense gun. I have owned this pistol for several years now with thousands of rounds thru it - not one malfunction - ever. The only drawback to the HK is parts (like magazines) are costly. When I bought this in 2009 12 round factory mags were about $50 unless you could find them on sale. Now they're about $75.

Checking back in my records I see that I did not fire one round of 22 Long Rifle in 2014. I have plenty stocked up but I just couldn't bring myself to shoot any. Not when you couldn't say if you could replace it. Remember when you used to buy 22LR for cheap and regular practice - or even fun? Fortunately, availability is getting better and prices are coming down. I guess all the hoarders are finally getting their fill.

Hopefully I will shoot a lot more in 2015 than this one. But of course I say that every year!
Posted by Wilson at 11:00 AM No comments:
Email ThisBlogThis!Share to TwitterShare to FacebookShare to Pinterest
Labels: Gone Shooting, Heckler and Koch, Semi-Auto Pistols 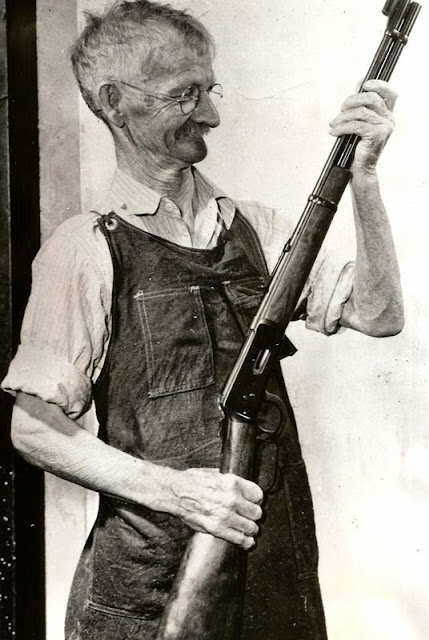 TWO OF THE OLD SCHOOL -- An old timer in the game himself, Bill Pickett, who has made almost 400,000 barrels since he went to work at Winchester in 1886, fingers his deer gun, a lever-action Model 94 that will be 50 years old this year. The carbine was the first gun built to fire cartridges loaded with smokeless powder. 12/12/44
Posted by Wilson at 7:00 AM No comments:
Email ThisBlogThis!Share to TwitterShare to FacebookShare to Pinterest
Labels: People With Guns, Photography - All, Rifles, Winchester