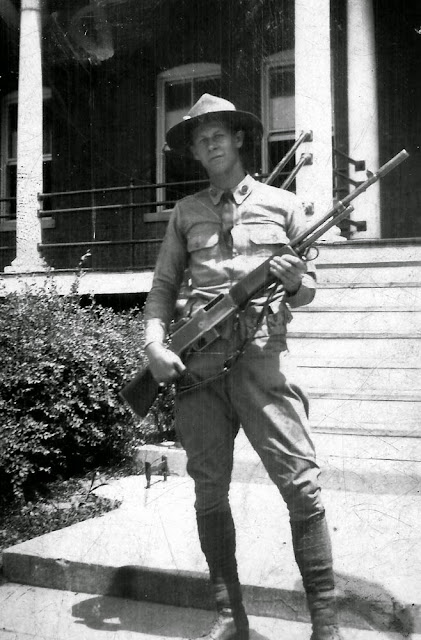 Posted by Wilson at 7:00 AM No comments:
Email ThisBlogThis!Share to TwitterShare to FacebookShare to Pinterest
Labels: People With Guns, Photography - All 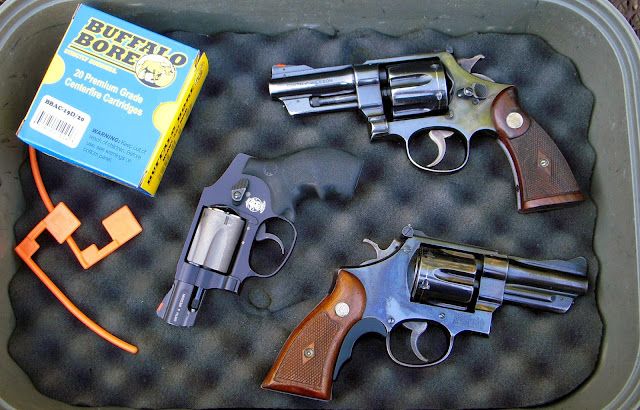 I finally went shooting Wednesday, the first time this year! It's hard to believe that I could go to nearly May without some range time but since I shoot outdoors my shooting schedule is entirely dependent on the weather. This year, so far, the weather has been a mess. Every time I planned to go it was either snow or rain, or snowy rain. There were a few dry days earlier, back in January and Feb., but I've lost my enthusiasm for going shooting when it's 10 degrees out. I must be getting old. We do have one indoor range that's not too far of a drive but I refuse to spend $11 per half-hour just out of principle.

Since I was taking my "new" S&W .357 I decided to also take a couple of my regular carry guns along to make it a all revolver day. I fired mostly cheap Winchester and S&B but also put a box of Buffalo Bore .357 thru the Magnums - GOOD TIMES! This latest .357 functioned perfectly but I was expecting no less. I was shooting it a little higher than normal, probably because I'm more used to the sights on the post war model. Overall, it was a great morning firing some fine guns.

Something else I noticed (and have been noticing more and more over the last year or so) are many new faces at the range. Up until recently I would go there on the weekday when they opened (9AM) and would have the range to myself. There might be 1 or 2 old-timers there at most. Nowadays it's almost guaranteed that there will be 5 or 6 shooters ready when they open the doors. Many appear to be new male shooters (of various ages) and also first time women (often accompanied by boyfriends/husbands) shooting too. The times, they are a changing.
Posted by Wilson at 11:00 AM 2 comments:
Email ThisBlogThis!Share to TwitterShare to FacebookShare to Pinterest
Labels: Gone Shooting, Revolvers, Smith and Wesson Pre-war 357, Smith and Wesson Revolvers
Newer Posts Older Posts Home
Subscribe to: Posts (Atom)