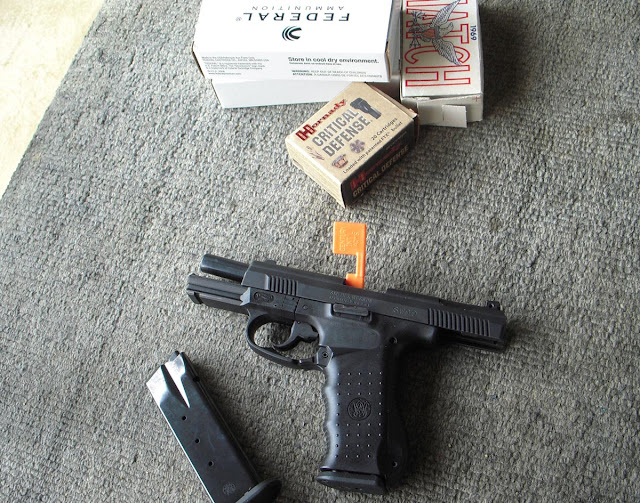 I went to the range yesterday morning, the temperature was 70, the sky slightly overcast - nearly perfect shooting weather! I had a "new" gun I wanted to try, a Smith & Wesson SW99 (45 ACP) that I recently purchased.

If the gun looks familiar it is because I owned (and blogged) about a similar pistol that I had a while back, the SW990L. The two handguns are nearly identical; the main difference being that the 990L was more like a double action only type trigger while this SW99 has what Walther calls the Anti Stress (AS) trigger. I won't go into a detailed review of the differences today, perhaps at a later time.

It's possible that I might use this gun for concealed carry and self-defense so this time I was more interested in reliability than anything else. I took along several brands and types of ammunition for testing. Typically, when I want to check the reliability of a semi-auto pistol I will randomly load the magazines with various types of ammo and see how it does. Today I took 3 types of hollowpoint ammunition (all 230 gr), some old 230 gr ball and even some 185 gr semi wadcutter match ammo. All the above was loaded in the magazines with an effort to keep changing bullet types at least every few rounds and to top off each mag with something more difficult (like WC or HP) than ball ammo.

I fired 170 rounds in this fashion without a single malfunction. Today I shot at the 25 yard line and firing unsupported kept the groups at 4-5 inches. Next time I take this gun to the range it will be with my chosen self-defense load to see what it is really capable of.

I had a really great morning and hopefully will get back to finish testing real soon!
Posted by Wilson at 7:00 AM No comments:
Email ThisBlogThis!Share to TwitterShare to FacebookShare to Pinterest
Labels: Gone Shooting, Semi-Auto Pistols, Smith and Wesson Autos 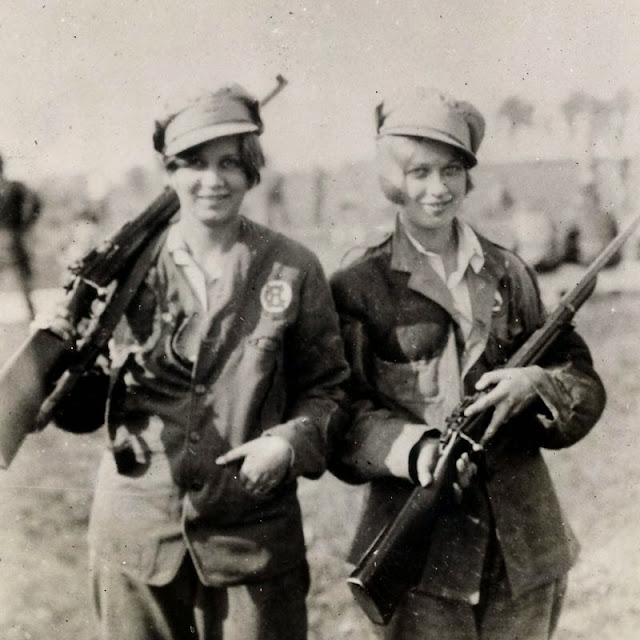