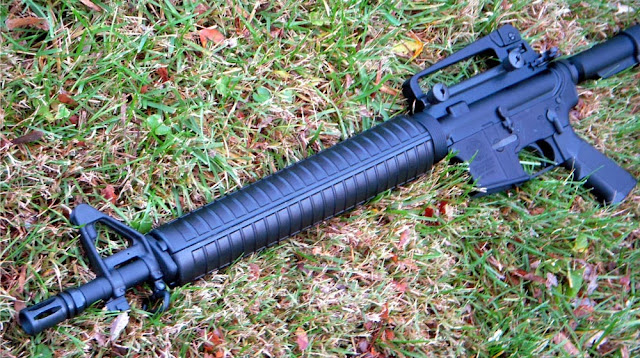 Just a few days ago I built another AR-15 rifle in 5.56. When I say "built" I mean I pinned a completed lower assembly to a completed upper assembly, which was the total amount of my effort involved in the project. Before the last presidential election when complete AR-15 lowers were both cheap and plentiful I purchased two from S&W to put away for a rainy day. I planned to build one last spring but after the feeding frenzy earlier this year I gave up and just stopped looking for a while. About a month ago I began my search for a complete upper again and finally found one at a price I could live with. Like my last one this carbine has a S&W lower and a Bushmaster upper. This time though I went with the A3 "Dissipator" model and I'm quite happy I did. I have decided to keep this project simple. I'm going to put a red dot sight on it (and maybe a flashlight) and that will be it. Updates to follow.
Posted by Wilson at 11:00 AM 4 comments:
Email ThisBlogThis!Share to TwitterShare to FacebookShare to Pinterest
Labels: Rifles

Through Saturday (11/23) Midway has Ruger factory 25 round magazines on sale for 19.99, the best price I have seen in a while. No purchase limits either, until they run out. Midway also has other brand 10/22 mags on sale too if you are interested. If you do buy make sure to check the internet for Midway coupon codes and save even more!
Posted by Wilson at 10:49 AM 2 comments:
Email ThisBlogThis!Share to TwitterShare to FacebookShare to Pinterest
Labels: Gun Miscellaneous 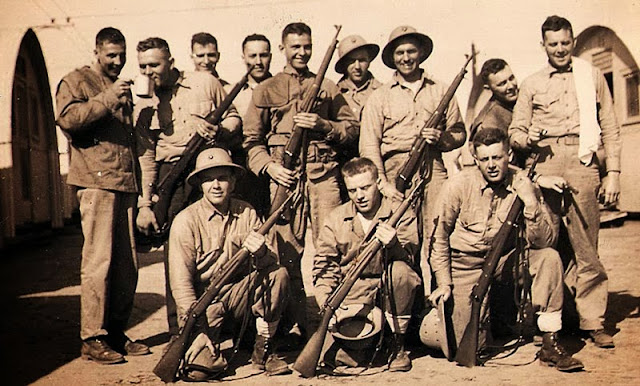 Thank You - to all that served. Have a great day!
Posted by Wilson at 7:00 AM No comments:
Email ThisBlogThis!Share to TwitterShare to FacebookShare to Pinterest
Labels: Celebrate, People With Guns, Photography - All, Rifles 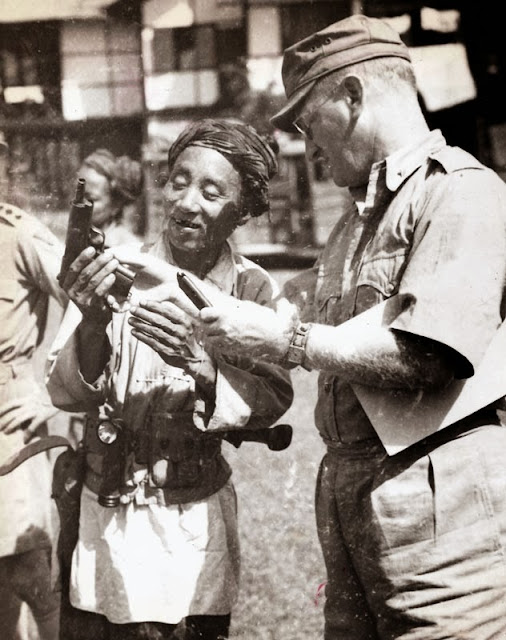 "PHOTO SHOWS: Gen. Boatner shows Warang Du, a Kachin Chief, how to put a clip in the U.S. Army .45 cal. automatic pistol which Boatner has just presented to him because the Kachins have cooperated with the Allied effort. Chiefs who receive the pistols as gifts give their wives the empty cartridge jackets to wear in their ears." 11/4/43
Posted by Wilson at 7:00 AM No comments:
Email ThisBlogThis!Share to TwitterShare to FacebookShare to Pinterest
Labels: 1911, Colt, People With Guns, Photography - All, Semi-Auto Pistols

Posted by Wilson at 7:00 AM No comments:
Email ThisBlogThis!Share to TwitterShare to FacebookShare to Pinterest
Labels: Livin' in the 70s, Retro Pop (Culture), U-Tubez
Newer Posts Older Posts Home
Subscribe to: Posts (Atom)