If I might be allowed to toot my own horn, this morning the Kindle version of Joshua went to the number 1 position in Men's Adventure! It was also at # 8 in Action Adventure and # 197 overall paid Kindle, that's out of approximately 1.6 million titles! No doubt the new sale price has sparked renewed interest in my book. I don't know how long this might last but it's a great feeling!
Posted by Wilson at 6:30 AM 5 comments:
Email ThisBlogThis!Share to TwitterShare to FacebookShare to Pinterest
Labels: My Fiction 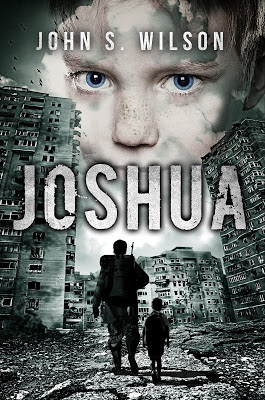 Today I released a new revised edition of my book Joshua. To celebrate I am offering the Kindle version for only .99 cents! This price is only good until 11/6/2012 so don't delay!

About this new "Revised" edition:

The main reason for this new revised version is because of the previous Kindle edition. Over the last seven months I have received a number of complaints about the first version, mostly concerning "missing words" but other problems too. Some reviewers simply thought I didn't proofread my material, which is far from the truth. I decided that this formatting issue was significant enough to warrant the time and expense of having it done again. Since I was doing it all over I also chose to address other issues as well. One common criticism I received was that many readers thought Joshua was too short. When originally writing it I thought the opposite, and in fact made several cuts to the original draft in an effort to shorten the book. That original material has now been put back in. There have been no substantial changes made to the story, but you will find several scenes have been extended. Since I was making changes I went ahead and re-edited the entire book once more. Those of you that have already read it will find this new version improved, and if you haven't read Joshua yet there is not a better time than right now!

Posted by Wilson at 7:00 AM No comments:
Email ThisBlogThis!Share to TwitterShare to FacebookShare to Pinterest
Labels: My Fiction 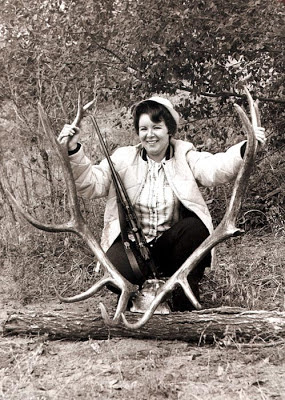 "WOMEN'S LIB GOES ELK HUNTING - Lyn Emagnee, Littleton, had a bull license for her first hunting trip, while husband John could shoot a cow. So what happened? You guessed it. Lyn bagged six pointer; John came home empty-handed. Elk was killed near Hahn's Peak. Photo by Charles Meyers" Oct 30 1974
Posted by Wilson at 12:00 AM No comments:
Email ThisBlogThis!Share to TwitterShare to FacebookShare to Pinterest
Labels: People With Guns, Photography - All, Rifles 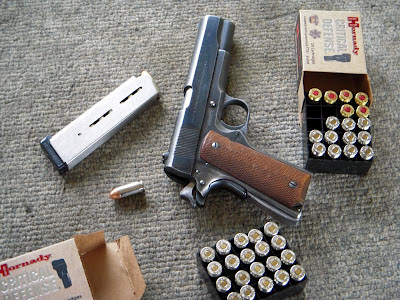 I went to the range this morning, got there right when they opened and about five minutes behind the rain. I didn't let it stop me though. This is the first time I've gone shooting in over three months and I really needed the trigger time. I had planned to go shooting at least once every month this summer but of course plans don't always work out.

The main reason I went today was to get some range time with my Colt Government Model. I haven't carried it all summer and I needed the practice. I also went to try out some new self-defense ammunition I bought. It's Hornady "Critical Defense" ammo and wanted to make sure it would function in the old Colt before I began carrying it.

Function was flawless. Even though I only put three boxes through it today I've shot so many other hollowpoints through this gun I feel confident that the Hornady will work out just fine.

Despite the rain I had a good time at the range today. Hopefully it won't be another three months before I go again.