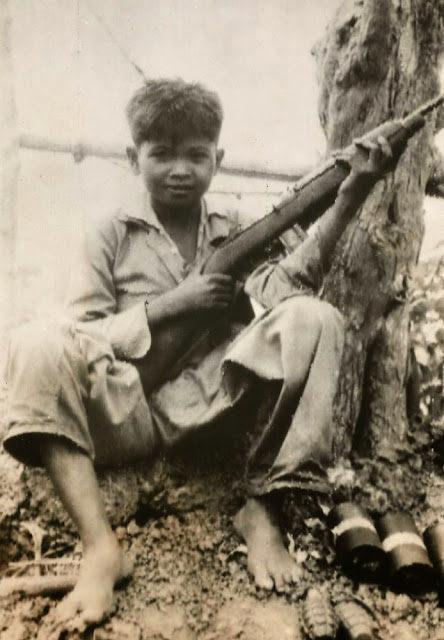 FIVE JAPS TO HIS CREDIT - PHILIPPINES -- Probably the youngest and proudest guerilla fighter in the Philippines, Ponciano "Sabu" Arida of Santo Maria, Laguna Province, Luzon, has five dead Japs to his credit. The eleven-year-old patriot, who fought the Japs throughout the three-year enemy occupation of the islands, is now working with a unit of the 43rd Division. -- ARMY RADIO TELEPHOTO 4/19/45
Posted by Wilson at 7:00 AM No comments:
Email ThisBlogThis!Share to TwitterShare to FacebookShare to Pinterest
Labels: Kids and Guns, People With Guns, Photography - All, Rifles 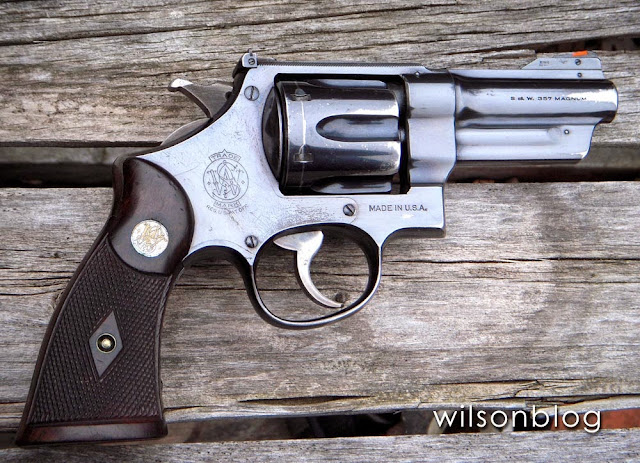 I had no intentions on buying any collectable guns in 2015. In fact, my only planned purchase was another Ruger 10/22 rifle with the rest of my "gun money" this year being saved for optics that are needed on guns I already own. But when this rare old S&W .357 Magnum came up for sale earlier this year there was no way I could pass on it. I guess my SCAR is going to have to wait a while longer for a scope.

This .357 certainly has an interesting history. Originally it shipped in January of 1939 to a sporting goods store in Pittsburgh, Pennsylvania. It was ordered with an 8 ¾ inch barrel, the longest available. In October of 1946 the revolver was returned to the factory where the barrel was shortened to 3 ½ inches (the shortest available) and a Baughman ramp sight on King ramp base was added. The red front sight insert is not factory and was probably done in the 1950's. From the modifications and the amount of holster wear I would bet this revolver was owned by someone in law enforcement from 1946 and thru the 50's.

In 1960 the .357 changed hands again and it would spend the next 50+ years as someone's "truck gun." That fellow died in recent years and his friend ended up with it. The friend didn't have much interest in the revolver; he would rather have the money, now I own it.

The previous two owners didn't care much for this Smith & Wesson and it had suffered several decades of neglect. That's one of the main reasons I felt the need to purchase it, this historic old .357 deserved better.

When I got the revolver it was wearing an old pair of 1960's era S&W target stocks that looked like they had been used to hammer nails. The action was stiff and sticky with grime. I believe someone actually tried to pack the insides with axle grease. The trigger was awful, the cylinder release wouldn't return on its own. Red fingernail polish was slopped over the entire front sight.

I had to get a professional gunsmith involved but the small additional investment was worth it. The old girl has been made right again. Now if I can only get the weather to cooperate so I can take this S&W to the range! 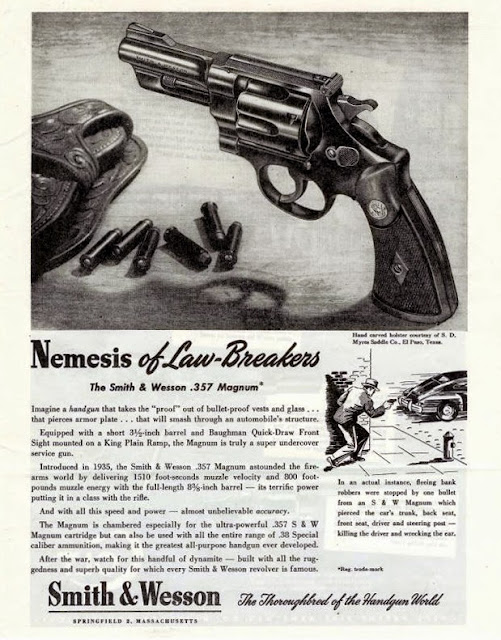