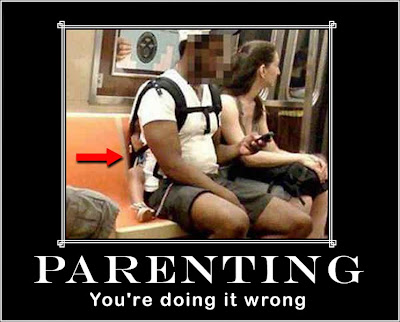 Posted by Wilson at 7:13 AM No comments:
Email ThisBlogThis!Share to TwitterShare to FacebookShare to Pinterest
Labels: Doing it wrong, Funnies

Just got tagged with the Liebster Blog Award and now I find that Zack over at The Next Chapter put me up as a "Honest Gun Owner." The rules according to Glenn B (the guy that started it), list three things that might indicate you are an honest gunner, and nominate five other gun bloggers.

HERE WE GO - YOU MIGHT BE AN HONEST GUN OWNER IF:

Instead of coming up with some lame excuse when you miss a shot, you simply admit the truth, you screwed up.

When selling a gun you feel obligated to point out even the most inconsequential flaw in it.

You pick up other people's brass at the range and return it to them.

Sandcastle Scrolls
Posted by Wilson at 9:29 AM 1 comment:
Email ThisBlogThis!Share to TwitterShare to FacebookShare to Pinterest
Labels: Blogging 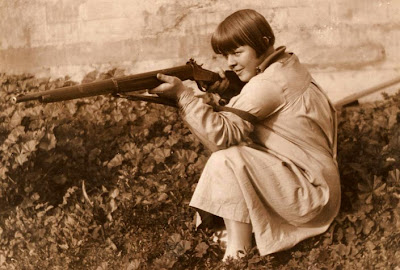 BERKELEY, CAL. -- PHOTO SHOWS: Miss Gladys Izant, 18-year-old freshman co-ed at the University of California, recently won the highest score at the shooting range on the University campus, where she defeated both the men and women students, thereby setting a new 'high score record' for the University. She uses the regulation army rifle -- Springfield 1903 model. Miss Izant is considered the crack rifle shot of the west." Feb 21 1927
Posted by Wilson at 6:00 AM No comments:
Email ThisBlogThis!Share to TwitterShare to FacebookShare to Pinterest
Labels: People With Guns, Photography - All, Rifles

I haven't been blogging much lately or even reading other's blogs. Haven't been in the mood to do much of anything really. Checking in I've discovered that two of my blogging buddies have nominated me for the Liebster Blog Award (whatever that is). Since I'm very late to the game I will just say that I enjoy every blog I have linked to. All of them are worthy of this award. But with that said I offer the following bloggers. I always look forward to new posts from these guys and they deserve some of your attention too.