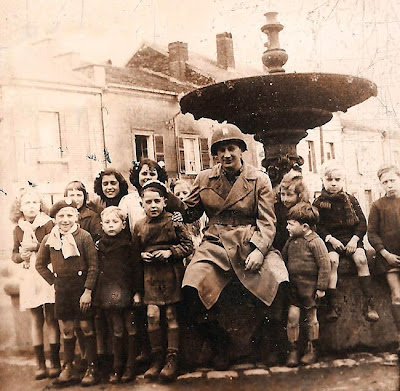 In honor of Memorial Day here is another post. A US officer, his name long lost, sits for a photo with children somewhere in recently liberated France. "France 10/44"
Posted by Wilson at 11:00 AM No comments:
Email ThisBlogThis!Share to TwitterShare to FacebookShare to Pinterest
Labels: Photography - All, Photography - People 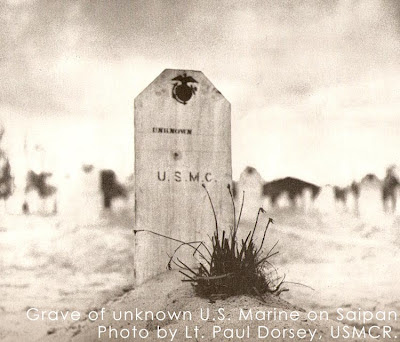 Another Memorial Day is here. Let us stop to consider those that gave all so we could be here today.
Posted by Wilson at 7:30 AM No comments:
Email ThisBlogThis!Share to TwitterShare to FacebookShare to Pinterest
Labels: In Memory 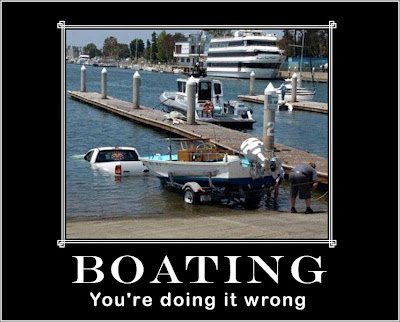 Posted by Wilson at 6:00 AM No comments:
Email ThisBlogThis!Share to TwitterShare to FacebookShare to Pinterest
Labels: Doing it wrong, Funnies

I went shooting again this morning, been twice in less than a week. That's a record for me! I went to a local public range again today. I have access to private land but it is much further away. Normally I prefer to shoot on the private land even though the cost to drive there is more than the range fees. But today, like last time, I didn't have the time. No photos again either. When I'm at a public range I don't worry about taking pretty pictures, I have other concerns. Mostly I'm concerned that John Q. Public might shoot me in my back when it's turned. If you saw the tin roof of this shooting range you would see that my fears are not completely unreasonable

Today I took my Springfield Armory M1A Socom 16 to see how it runs. There are several guns I acquired in the last year and a half that I haven't tried yet. Of all the long guns I need to shoot I thought this one might be the problem child of the bunch. So I decided to take it to the range and see if it was a "keeper." It is

All shooting today was from the bench at 50 yards. The rifle was grouping slightly low so it would be probably be right on at 100 yards. I might have to fine tune the sights the next time it goes but it shouldn't be too far off. I was more worried about muzzle flash and recoil than sighting it in, but it turns out my apprehension was for naught. Yes, it does have some kick and muzzle blast but the rifle in completely controllable. Actually, despite some kick it's very fun to shoot. The factory muzzle brake does a good job of taming the recoil and the blast isn't too bad either (in daylight anyway).

As for function it was perfect. I fired 20 rounds each of 1980s British surplus, 1990s German surplus and Winchester white box without a single problem. The barrel and scope mount heated up fast though. The scope mount on this rifle is attached directly to the barrel and I noticed that after only 10-15 rounds it was already so hot you couldn't touch it! I took off the factory stock that had a rubber butt pad and replaced it with a Vietnam era GI stock with the standard metal butt plate. I was expecting it to be much more punishing, and perhaps it is, but it was nothing intolerable. After 60 rounds my shoulder was a little sore but it didn't leave a mark.

I had a lot of fun today. Burned up some expensive ammo and decided that this little bruiser has a permanent place in my armory. Not bad for a lazy Monday morning.
Posted by Wilson at 2:13 PM 2 comments:
Email ThisBlogThis!Share to TwitterShare to FacebookShare to Pinterest
Labels: Gone Shooting, M1A, Rifles 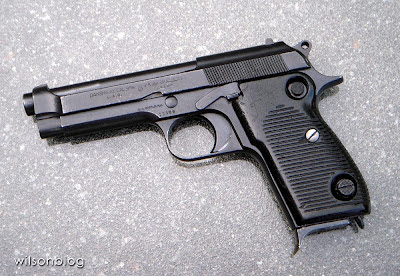 I had some free time this morning so I went shooting. After having not gone for such a long time I'm trying to go at least once a month from now on. I don't want to get that out of practice again.

Today I took the same guns as last time, my Colt Commander .45 and my new 9mm. I went to a local public range so I didn't bother with photos. Also, since I've already know how they shoot I wasn't worried with accuracy this time, only with function. I didn't even set up a target but shot at a bowling pin someone left behind on the 50 yard line. I managed to hit it two thirds of the time.

The good news was the Colt, it ran perfect. I had one malfunction during the last outing that I am now sure was magazine induced. I left that mag at home and the Commander went through 50 rounds of Federal hollowpoints without a single hiccup.

The bad news was the 9mm. I had numerous malfunctions with this pistol last time. It had multiple failures to eject the empty and suspected that it was in need of a good cleaning, especially behind the extractor. So I thoroughly scrubbed it the other day, I did not remove the extractor as it is pinned in and I couldn't figure how to get it out. This morning it performed much better but still had issues. Last time I lost count of its failures there were so many, this time it malfunctioned 5 out of 40 rounds, still unacceptable in my book. If there is anything more frustrating than a semi-auto that won't run right I don't know what it is. The gun was mostly a novelty for me and the novelty has worn off, I'm quickly becoming bored with it. To badly misquote Colonel Whelen, "Only guns that work are interesting."***** If this pistol can be fixed cheaply I will do it but I'm not spending much money or time on it. I would rather sell it cheap and let someone else deal with the headache.

Well the day wasn't a complete loss. I did have some fun and Colt proved itself reliable for carry.

Probably like me, a lot of you that blog get inundated with spam comments, those spambots ceaselessly toiling to enlighten me on the latest cures for hair loss or sexual dysfunction, or the newest way I can make a boatload of money working at home. Fortunately, Blogger's anti-spambot- bot never sleeps and it is a very rare instance when they let one get through. Anti- spambot- bot rounds up and confines all these errant comments to a holding cell, waiting for me to either approve them or flush them down the virtual toilet. That is where most go although occasionally one will briefly grab my attention before it's banished to the void of internet nothingness. It seems in the never ending struggle against their foe the spambots try to fool the enemy into thinking that their words were, you know, actually wrote by an actual person. Some efforts come out better than others and from time to time spambot makes sense in its own surreal way, even if in truth it doesn't really know what it's jabbering on about. Shown for example is this recent comment that discusses our national political situation.

But which are the sources of these clashes? I think several factors might cause conflict in US system of separated institutions sharing power. Among them are generally constitutional ambiguities, different constituencies, various terms of office, divided party control in the different branches, and fluctuating support of a president or the Congress. rebuild trust in politicians by being open about expenses and holding regular surgeries around the constituency and (Link removed).

Since spambot never stops talking it's inevitable that it will be right some of the time, although it would have been much more impressive if the comment was in a political post I made and not about a gun that I recently purchased. Nonetheless, when it discusses politicians and "surgeries" - as in cutting big bloody hunks off (think Civil War era battlefield amputations), I can't help but believe spambot might be on to something.
Posted by Wilson at 6:39 AM No comments:
Email ThisBlogThis!Share to TwitterShare to FacebookShare to Pinterest
Labels: Blogging, Politics, Spambot 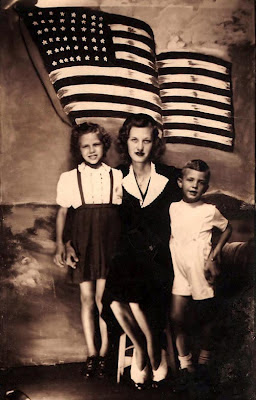 Posted by Wilson at 12:01 AM No comments:
Email ThisBlogThis!Share to TwitterShare to FacebookShare to Pinterest
Labels: Celebrate, Photography - All, Photography - People

Which way is North?

Just went over to North's house and found his place empty. Anyone know what's up?
Posted by Wilson at 3:45 PM 4 comments:
Email ThisBlogThis!Share to TwitterShare to FacebookShare to Pinterest
Labels: Blogging 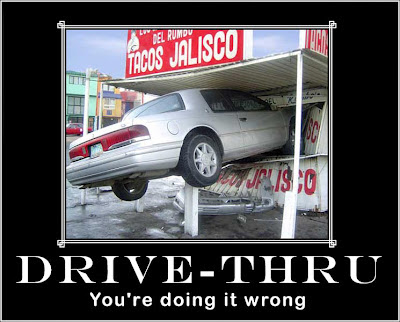 Posted by Wilson at 11:00 AM No comments:
Email ThisBlogThis!Share to TwitterShare to FacebookShare to Pinterest
Labels: Doing it wrong, Funnies

Question for the gunnies

This question is for those among us that carry concealed. Do you have an ankle holster and do you use it? I bet most gun owners that carry have one, or eventually will buy one, but never use it much. I have an ankle rig myself. It is well made, securely holds the gun and is comfortable for hours even with an all steel J-Frame. Still didn't use it unless I had no other choice, only when it was the last option left to me. The main issue for me was the draw. Not only was it slow but awkward too. You've got two options to draw from the ankle, either crouch down, which is how I did it, or you could raise your leg up to your hand while trying to balance on the other. You can call that one the tactical flamingo draw. Both ways were clumsy at best. The way I did it, crouching down and drawing, gave you better balance but seemed to set you up for a perfect head shot by a perpetrator. I never liked that feeling I had when drawing my gun like that. That's why I've owned an ankle holster eight years now and have maybe used it a few dozen times. How about you, do you own one, does it get used much?
Posted by Wilson at 1:11 PM 7 comments:
Email ThisBlogThis!Share to TwitterShare to FacebookShare to Pinterest
Labels: Question for the gunnies 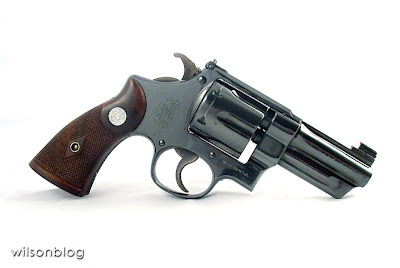