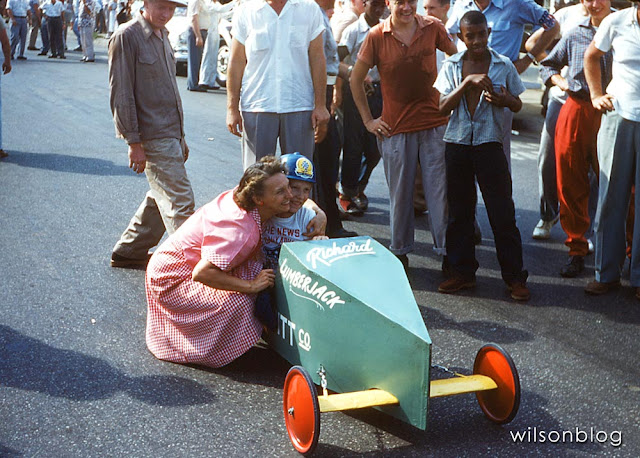 1958
Posted by Wilson at 7:00 AM No comments:
Email ThisBlogThis!Share to TwitterShare to FacebookShare to Pinterest
Labels: Photography - All, Photography - People, The Old Republic

I went shooting again yesterday morning. This time I took my Ruger Charger pistol. If you're unaware the Charger is basically their well-known .22LR 10/22 rifle with the stock removed, bipod and a shorter barrel. Mine is one of the old style, newer models have a pistol grip like an AR-15.

I bought this used in late 2014. Yes, I've owned it for nearly 18 months and just now got it to the range. That's how far behind I am.

When I bought this it had a cheap red dot sight attached but I wanted something with more accuracy potential. I had a nice fixed 4X Bushnell scope and some Leupold rings that weren't being used. A much more accurate set-up and didn't cost me an extra dime either.

I got to the range when they opened and spent most of the morning sighting in the pistol. At 50 yards it was completely off the paper (to the left) when I started but after many rounds I had it very close. I ran out of ammo before I could finish but it won't take much to complete the job next time. Reliability wasn't an issue at all.

Bulk Federal match (320 rd box) was the only ammunition that I used and the Ruger liked it very much. I had several 3-shot groups you could cover with you thumb nail. My best for the day was a single one hole group that measured 3/8 inch.

I also brought along my 627-3 from the last shooting session. Since I intend to carry this I wanted to run some more rounds thru it to double check reliability. Yesterday I only fired some "cheap" Remington full power 158gr loads and they're pretty stout from that 2.6 inch barrel. The guy one table over thought I was shooting .44 Magnums! Like the Ruger I did my shooting at the 50 yard line. With the short barrel and sight radius I wasn't expecting much although I managed to hit the target 75% of the time!

By then the morning was nearly through and the temperature was starting to rise. I called it a day, a good one.
Posted by Wilson at 7:00 AM 2 comments:
Email ThisBlogThis!Share to TwitterShare to FacebookShare to Pinterest
Labels: Gone Shooting, Revolvers, Ruger, Semi-Auto Pistols, Smith and Wesson Revolvers 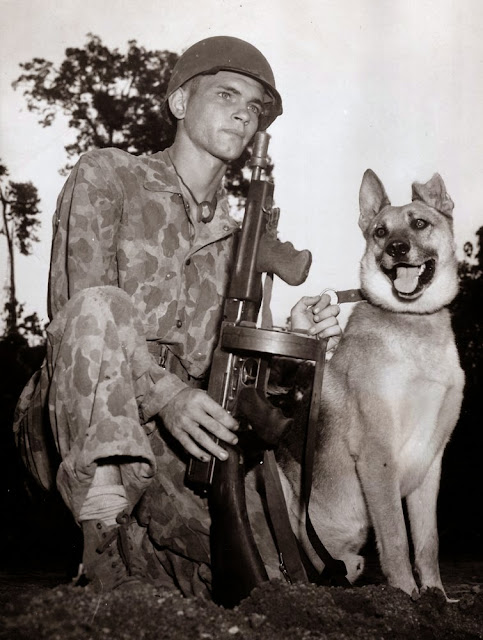 NOT TO BE PUBLISHED PRIOR TO SUNDAY, APRIL 16 1944 - MARINE DEVIL DOGS - Once again dogs are proving to be man's best friend. They are taking part in the war in the Southwest Pacific and have proven themselves to be heroes under all circumstances. The dog platoon at Bougainville was the first full platoon of dogs to be used in combat by any of our armed forces during this war. These canines are enlisted in the Marine Corps in the Marine Devil Dogs and are given several months of grueling training under simulated battle conditions. This schooling, they put to good use when in actual combat. They live, as Marines do, in foxholes, in jungles and on limited rations, and like all true Marines, fall to their task with great eagerness. Several of the dogs have been commended by the Marine Corps Commandant for their outstanding work in combat.

NIPPED BY A NIP ---- Jack, a three year old Belgian Shepherd, was donated for war service to the Marine Corps by his owner Joseph Verhseghe, Floral Park, New York, and has been commended by the Commandant of the Marine Corps for "outstanding performance against the enemy" while on Bougainville. Jack was in the line of duty carrying a message back from the company on a road block, and was wounded in the back by a Jap sniper. Even though wounded he carried the message through. He is pictured here with one of his handlers, Private First Class Finley, Elmira, New York. ---- Photographer PFC P. Scheer
Posted by Wilson at 7:00 AM 1 comment:
Email ThisBlogThis!Share to TwitterShare to FacebookShare to Pinterest
Labels: Dogs, People With Guns, Photography - All 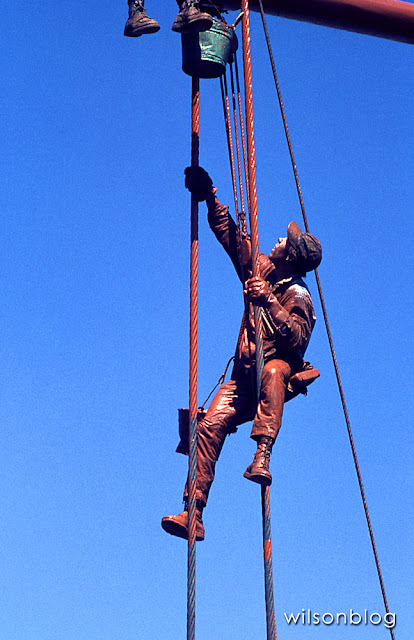