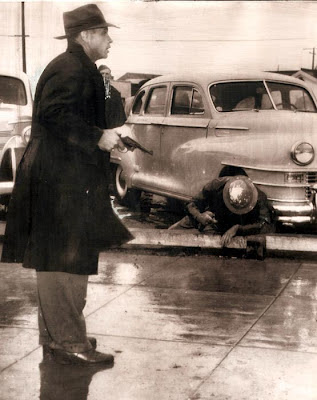 "HOLLYWOOD, Oct. 1 -- TENSE MOMENT IN FILM STRIKE BATTLE -- A deputy sheriff stands with cocked pistol in his hand near a fallen fellow officer, holding back a crowd of demonstrators at Metro-Goldwyn-Mayer studio today until the injured man could be helped to safety. The tense moment came during a clash between police officers and some 400 parading pickets who said they were ex-servicemen." Oct. 1 1946
Posted by Wilson at 12:01 AM No comments:
Email ThisBlogThis!Share to TwitterShare to FacebookShare to Pinterest
Labels: People With Guns, Photography - All, Revolvers, Smith and Wesson Revolvers

Spambot is one of my biggest fans. In fact I can count on Spambot to comment nearly every time I make a post! Thank you Spambot for being there for me, and for your honest criticism. You encourage me to go on.

Its like you learn my thoughts! You seem to understand so much approximately this, such as you wrote the ebook in it or something. I think that you just can do with a few % to force the message home a little bit, however other than that, this is wonderful blog. An excellent read. I will definitely be back (Link removed).

Posted by Wilson at 1:33 AM 2 comments:
Email ThisBlogThis!Share to TwitterShare to FacebookShare to Pinterest
Labels: Spambot

Ten years ago today I started my first website and became another voice shouting out from the void.

In the spring of 2002 I was attending a local technical college and took a class in web design. The instructor would give you different assignments to create some fictitious web pages. To pass the course you would have to post your homework on the real web where he could find and grade it. To do that you needed a web host. The teacher recommended Tripod and since it was free I set up an account there.

By the fall of that year the class was long over (got a B+ by the way) but I still had the account. Since it wasn't being used for school any longer I decided to use it to post some personal thoughts. At first it was just an outlet for my gun hobby, but in less than a year I started including stories on other interests I had, mostly movies and actors, but books and pop culture too. My website began as "Wilson's Gun Freedom Web Site" but went thru a few names in the next two years, finally becoming "J. Wilson's World" in 2004, which it remained until I closed it in March 2010. At that same time I also closed my Tripod blog (which I started in August '07) when I moved here looking for greener pastures. Over the years I've wrote a lot words on the web, thousands. I even wrote a novel, something I'm sure I wouldn't have done if it wasn't for the prior experience of writing for my various websites and blogs. From an innocuous 816 word opinion piece about the .38 Special to a 112,000+ word self-published novel, I didn't see that coming when I first posted ten years ago!

Here's my very first article along with my first try at gun photography, both were posted to the web at approximately 9:00 A.M. on 9/23/2002. 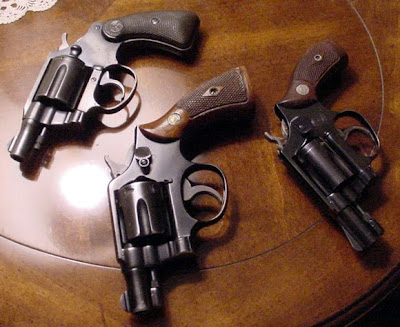 Cheap fun with the .38 special

Well what I'm referring to in this article is not the ammo itself, but guns chambered in the .38 special round. 38 ammunition is a little cheaper than most center fire ammo but it's not cheap enough to be considered a great bargain. The bargains I will be talking about are the bargains that can be picked up right now in the used handgun market.

There was a time when the 38 special ruled the handgun market. Most cops used 38's and when a civilian wanted a gun to defend themselves they usually picked the 38 too. Every major gun maker made a small, medium, or sometimes even a large frame 38 special. Some companies even made them in all frame sizes and could sell all that they made. From the 1920's to the early 1980's it was the golden age of the 38 special. The .357 Magnum encroached on the 38's market some starting in the 1950's but the 38 still ruled.

The demise of the 38 began in the mid 1980's when many police departments started changing over to the automatic pistol. Many civilian shooters also abandoned the 38 to go to automatics, it was felt that 6 rounds of 38 special just couldn't cut it anymore. If the cops weren't using the old antiquated 38 why should I? Many great old guns that used to be hard to keep on the shelf just were not selling in the new marketplace.

All of this history brings us to the current gun market, no one has made a large frame 38 in years and the new medium frame 38's are nearly gone too. The small frame 38's are still doing pretty well but even they are starting to lose ground to the new breed of small automatic pistols firing full power loads (9mm, 40 S&W etc.). What that leaves us is a large number of 38 special bargains floating around in the market place, many selling at very low prices. The small frame guns are holding their value the best, and the medium frame "snubbie" still sell for more than the 4 or 6 inch barrel counterparts.

The absolute best buy on the market is the medium frame 38 special with a 4 or 6 inch barrel. The Smith & Wesson model 10 (AKA Military & Police) fits this bill exactly (it is the most popular handgun in the world!) and can be picked up at bargain prices. I have seen model 10s as cheap as $100.00 (very rough finish but good mechanical condition). In my opinion this is also the very best gun you can have to defend yourself if you are the type of person who doesn't have a lot of experience with handguns or doesn't practice very much.

Just a quick look through the various pages of Auction Arms or Gunbroker and GunsAmerica have produced many old Smith & Wesson, Ruger and Colt 38s with a 4 inch barrel and in great shooting condition for under 250.00 with many under 200.00! If your primary interest is home defense or target shooting you can't go wrong with one of the 4 or 6 inch models.

My main interest in these guns are for use in carrying concealed, and while you can carry a 4 inch model concealed it is much easier with the 2 inch models. Snubbie models have held their value much better than their longer barrel brothers, and while they are more expensive than the longer barrel models they are still pretty cheap compared to the small automatics that are their main competition.

Smith and Wesson's classic Chief's Special (and other J frame models) can still be had for under 200.00 with the average for one in good used condition being around 250.00. For this price you get one of the smallest 38 revolvers ever made able to fire 5 rounds (including +P rounds in the steel frame models) as quick as you can pull the trigger in a package small enough to hide most anywhere on your person.

Another favorite is the Colt Detective Special, it is a little larger than the Smith and carries 6 rounds. The Colt prices are really starting to take off because of collectors but you can still find a good Detective model for under 300.00 if you look.

Ruger also makes several models old and new to choose from, including their great Speed and Service Six models. These are not the only makers of good 38's, there have been many fine 38's made by companies such as Taurus, Rossi, Charter Arms and several others, many great bargains can be had with these companies since these guns haven't really become part of the collectible market yet.

In summary, if you are looking for a good gun without breaking your wallet a used 38 just might be in your future.

Posted by Wilson at 9:00 AM 7 comments:
Email ThisBlogThis!Share to TwitterShare to FacebookShare to Pinterest
Labels: Blogging, Celebrate, Colt, Concealed Carry, My Fiction, Photography - All, Revolvers, Smith and Wesson Revolvers


Here's a video to help explain this insanity, it's simultaneously depressing and funny. Hang on everybody this in going to be one wild ride!
Posted by Wilson at 9:50 AM No comments:
Email ThisBlogThis!Share to TwitterShare to FacebookShare to Pinterest
Labels: U-Tubez 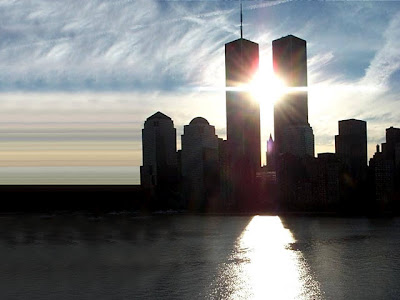 Posted by Wilson at 12:01 AM No comments:
Email ThisBlogThis!Share to TwitterShare to FacebookShare to Pinterest
Labels: In Memory
Newer Posts Older Posts Home
Subscribe to: Posts (Atom)