Livin' in the 70s - Kristy McNichol 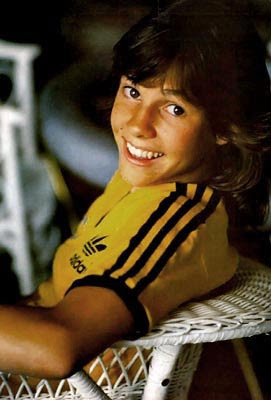 The following story originally appeared on my first website, jwilsonsworld, on 8/7/2006.

Kristy McNichol: Ultimate 70s tomboy. I first really noticed Kristy McNichol in 1977. Of course I had already seen her before in numerous tv programs like Run Joe Run, Starsky and Hutch, The Bionic Woman as well as her appearances on the ABC network's After School Specials (which I watched religiously), but it wasn't until '77 that I really took note of her. 1977 was a great year for Kristy, not only was she starring in the critically acclaimed drama Family but she made over a dozen television appearances that year in various primetime and syndicated programs. With appearances that not only included two episodes of Celebrity Challenge of the Sexes, US Against the World, Battle of the Network Stars II and III, the Donny & Marie variety show, Circus of the Stars # 2, The Mike Douglas Show, The Carpenters At Christmas, two tours on The Love Boat as well as a very memorable performance in the short children's film The Pinballs I guess it would have been hard not to see her on television that year. Well I certainly saw her and thereafter made an effort to see her every chance I got. I had liked other girls on other shows before her but they were all "stars" and never seemed real, they all seemed to be beautiful dreams that only existed in the world of television. Kristy was different; she was a real person, she was the first girl that seemed like she could be someone that you might actually know in real life. She played sports and loved to compete, she also liked skateboarding, dirt bikes and go-karts just like one of the guys. But she wasn't one of the guys; she was a girl, a girl with big beautiful brown eyes and a bright smile, a smile that only seemed to be a small sampling of some brilliant glow that she carried inside her. And have no doubt that there was something very special inside her, it was quite obvious to anyone that was paying attention. Well I was most definitely paying attention and to my pre-adolescent mind she was the perfect girl, an ideal combination with just enough tomboyish charm to be appealing yet at the same time not too much of a "girl" to be threatening. The late 1970s were Kristy's; this was Kristy at her height. Television appearances, awards and accolades, movie deals and hit records would all come her way before the decade ended. She would become a superstar and she got it all just by being herself. Over the ensuing years her career had many ups and downs as she had her own personal demons to deal with. Finally this very talented lady's career came to an end with her self-imposed retirement in the late 1990s. Although it has been many years since Kristy has brightened our television screens, even all of these years later when I see one of her old shows I still can't help but be reminded of that pretty little tomboy with the inviting smile that first taught me that maybe, just maybe, girls might not be so bad after all. 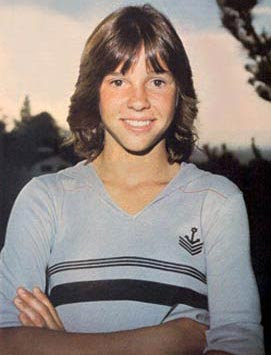 Posted by Wilson at 2:52 PM
Email ThisBlogThis!Share to TwitterShare to FacebookShare to Pinterest
Labels: Livin' in the 70s, My TV Generation